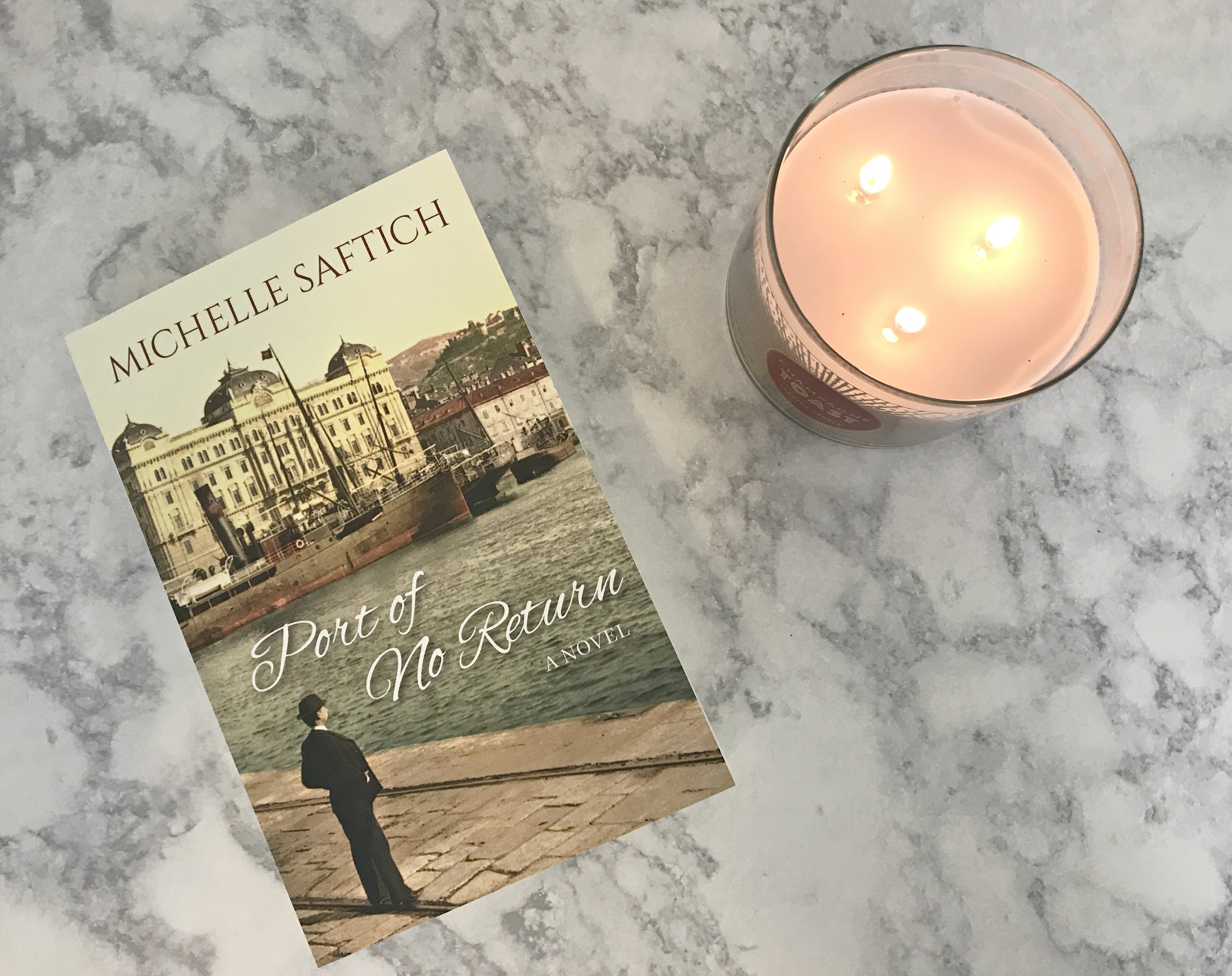 Port of No Return by Michelle Saftich

Contessa and Ettore Saforo awake to a normal day in war-stricken, occupied Italy. By the end of the day, their house is in ruins and they must seek shelter and protection wherever they can. But the turbulent politics of 1944 refuses to let them be.

As Tito and his Yugoslav Army threaten their German-held town of Fiume, Ettore finds himself running for his life, knowing that neither side is forgiving of those who have assisted the enemy. His wife and children must also flee the meagre life their town can offer, searching for a better life as displaced persons.

Ettore and Contessaís battle to find each other, and the struggle of their family and friends to rebuild their lives in the aftermath of a devastating war, provide a rich and varied account of Italian migration to Australia after World War II.

What can you do when you have nowhere left to call home? Port of No Return considers this question and more in a novel that is full of action, pain and laughter ó a journey you will want to see through to the very end.

Port of No Return is the first novel in a series of two.

“Finally, he sleeps,’ Ettore grumbled as he dipped a chance of hardened bread into a shallow dish of olive oil.

In all the historical fiction I have read, I have yet to find one that touches on what happened in Italy during WW2. I think it is something that can easily be looked over in fiction, shadowed by the horrors of the Holocaust, the bombs that were dropped in Japan, or the occupation of Paris. I had little knowledge of what took place in Italy. I knew Italy had allied with Germany. I knew the things Mussolini did to his people because my grandfather had immigrated from Italy during that time and had told me things. What I failed to realize was how many Italians fled Italy during WW2. In her afterword, Saftich describes it as “a mass exodus”.

Michelle Saftich weaves a story about family and love in Port of No Return. Contessa and Ettore (along with their growing family) have their home destroyed by the bombings. They seek refuge with their friends, until the Yugoslav Army comes looking for Ettore. Ettore flees, separating himself from the rest of his family. What follows is a story about husband and wife trying to find each other in the mist of the drama of WW2. They experience different things such as prison or dirty refugee camps, all while dreaming of finding their way back to each other and making a new life for themselves. Along the way they encounter several families and they knit together a beautiful community of friendship to face the trials of immigrating to Australia together.

I was incredibly interested in the history of this book and thoroughly appreciated Saftich’s research! She did an incredible job bringing these different families to life and exposing what people went through in order to flee Italy. Even though this book took place during war, Saftich used family, humanity, and kindness to lighten the mood. She touched on several historical instances that I didn’t expect to encounter, such as the bodies of Mussolini and his mistress in Milan. For me this story was different because my grandfather immigrated from Italy when he was young. I imagined him as I flipped through the pages and wondered if what he encountered was similar.

If you enjoy WW2 novels about family, love, and sacrifice then look no further! I finished this book quickly, finding myself whipping away a few tears along the way. Michelle Saftich is a first time author who resides in Brisbane, Australia, with her husband and two children. She holds a Bachelor of Business/Communications Degree, majoring in journalism, from the Queensland University of Technology (QUT). For the past twenty years, she has worked in communications, including print journalism, sub-editing, communications management and media relations. In 1999, she was named National Winner for Best News Story in the ASNA (Australian Suburban Newspaper Awards). Born and raised in Brisbane, she spent ten years living in Sydney; and two years in Osaka, Japan, where she taught English.

Tuesday, April 10
Feature at Passages to the Past

Friday, April 13
Guest Post at Dressed to Read
Interview at Maiden of the Pages

Tuesday, April 17
Feature at Being Anne

Monday, April 23
Review at What Cathy Read Next
Review at The Caffeinated Bibliophile

Friday, April 27
Review at Books of a Shy Girl

During the Blog Tour we will be giving away a $25 Amazon Gift Card! To enter, please enter via the Gleam form below.

-Giveaway ends at 11:59pm EST on April 27th. You must be 18 or older to enter.
– Giveaway is open INTERNATIONALLY.
– Only one entry per household.
– All giveaway entrants agree to be honest and not cheat the systems; any suspect of fraud is decided upon by blog/site owner and the sponsor, and entrants may be disqualified at our discretion.
– Winner has 48 hours to claim prize or new winner is chosen.

Port of No Return